Teens that suffer from "affluenza" or "entitlementitis" experience the same problems, with an increased risk of substance abuse. When a teen grows up with helicopter parents and develops affluenza, he or she tends to be spoiled, immature, and a risk taker, which can have devastating consequences.

Fortunately for parents, when they finally wake up and take a good look at their troubled teen and the destruction he or she may have caused, there is still hope of recovery.

What is a Helicopter Parent?

A phrase made popular by authors Neil Howe and William Strauss; helicopter parents are those parents who constantly hover over their child in an effort to thwart danger, discomfort, and adversity [1]. If their teen becomes upset, the parent simply swoops in to fix it, regardless of whether or not their child is fault.

Not only will these parents confront teachers over a failing grade, “fix” their teen’s problems with friends, and attempt to supervise every minute of their teen’s life, but they will usually complete school assignments and projects too. In other words, they try to make certain their teen always gets their way and appears to be happy.

The Dangers of Growing Up with a Helicopter Parent

Although a helicopter parent generally means well, they tend to do a substantial amount of damage. For example, researchers have found that their teens are prone to feeling self-conscious, anxious, and especially vulnerable and are more likely to engage in unsafe behaviors once they finally get away from their parents [2]. Since this usually corresponds with the start of college, the risk of substance abuse and poor academic performance are high.

While helicopter parenting is a serious problem, teens that develop affluenza can be downright dangerous (see video above).

Although the term was already being used, affluenza did not become a part of mainstream vocabulary until late 2013 when a 16 year-old claimed it rendered him blameless for a drunk driving accident that killed four people and left one of his friends unable to walk or talk.

The teen who was responsible was able to walk away mostly unscathed. What is this horrible condition? It’s a “condition” that occurs when teens have wealthy, privileged parents who set little to no limits and also fight the efforts of others (police, schools) to do so.

This results in a teen that has plenty of financial means and access to everything from fast cars to drugs without the risk of consequences. When you also factor in that teens have poor impulse control, it’s obvious this is a recipe for disaster, which is exactly what happened in the above referenced case. Although the driver’s blood alcohol level was an astonishing 0.24, three times the legal limit for an adult, he was sentenced to receive treatment and 10 years probation.

Research has found that teens growing up in a family with higher incomes had higher rates of substance abuse of all kinds that teens from lower income families [5]. Interestingly, the same studies also found that rich teens are more likely to steal from their parents, despite not having to. In addition, these teens struggle with significant levels of anxiety, depression, and physical ailments that frequently stem from mental health conditions.

Essentially, research shows that although children from wealthy families often have access to numerous advantages, some of them use these advantages for bad, rather than good. Of course, the consensus is that bad parenting is responsible. Even when this isn’t the case, the public largely assumes that the parents spoiled their kids rotten and are a primary factor in their unacceptable and out of control behavior. In fact, the parents of the teen who used affluenza as an excuse to commit four murders have been labeled as “the worst parents ever”, “worthless excuse for parents”, and much worse in the media.

For parents who see noticeable similarities between themselves and the parenting styles discussed above, as well as identify these problematic behaviors in their own teens, there are solutions available. However, it will take time and significant effort on the part of both the parents and teen to see positive changes, particularly if the teen is struggling with substance abuse. Almost all teens in this situation benefit immensely from receiving treatment away from their current environment.

At Wingate Wilderness Therapy, we have designed a structured wilderness therapy program that allows troubled teens to discover their true path and purpose in life. Using a variety of proven therapeutic interventions, we give teens the opportunity to experience natural consequence for their actions, both good and bad, while also learning life skills that will be crucial for his or her future success. Away from negative influences, including social media, they begin to believe that they can change, learn, and grow into healthy, successful adults with a true compassion for others.

While at Wingate, teens participate in individual and group therapy with an overall goal of teaching them a new way of living, encouraging them to want to do the right thing, and helping them adopt a new way of looking at life. In an environment free of day-to-day distractions, teens focus completely on their treatment, which tends to be more productive and effective in a shorter period of time. This results in a brilliant and long lasting change that they can carry with them throughout the rest of their lives.

[4] The Value of ‘Affluenza,’ Addiction, and Parental Neglect as Get Out of Jail Defenses by Maia Szalavitz 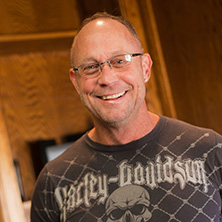