As children become teenagers, many things change – physically, mentally, and emotionally. Kids and tweens can seem like they have inexhaustible...

Kids and tweens can seem like they have inexhaustible stores of energy. They can get up early in the morning and be ready to stay up as long as you’ll let them at night. By contrast, teens might seem like they are always running a little bit behind.

The change that comes over teens can be so profound that it’s easy to assume “laziness” is the problem. However, it’s important to understand many factors influence a teen’s energy level and ability to concentrate. It’s perfectly normal to notice some differences.

Remember, lazy is a statement of values – not a medical diagnosis.

What looks like laziness can be a simple byproduct of teen growth. Researchers who study sleep now understand many teens have a very different natural sleep pattern from adults. 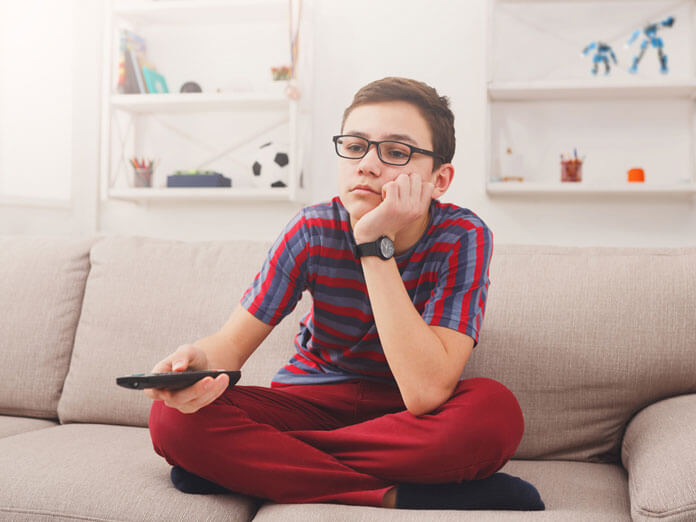 Oxford University neuroscientist Russell Foster was one of the first to suggest that, biologically, teens don’t reach their mental peak until the afternoon. In fact, teens have a natural need to sleep later and wake later. Dr. Foster discusses this in his popular 2013 TED Talk.

Of course, this will bring teens into conflict with a world built by and for adults – especially when that world demands Advanced Algebra at 9 in the morning.

It’s good to take a step back and recognize that, though challenges faced by teens are different from those of adults, they are nothing to sneeze at. Imagine having to take a written exam that determines 25% of your pay first thing in the morning ... while two hours short on sleep!

Whenever possible, loved ones should try to “go to bat” for teens and support them with the resources they need to budget their physical and mental resources. After all, this is a skill they will practice for the rest of their lives, long after their sleep patterns stabilize.

For example, this might be as simple as making sure they have a nutritious breakfast – even if that means preparing some food the night before and involving them in the process.

Sometimes, What Seems Lazy Can Be a Warning Sign

If a teen’s grades plummet suddenly, there can be many reasons – often, the topic is simply not being explained in a way that makes sense. But there can be other issues: Vision problems and undiagnosed dyslexia are both notorious for reducing grades while making a student more likely to “act out.” ADHD is another silent culprit, and it is especially under-diagnosed in girls.

When teens engage in risky behaviors around drugs, they often stay out late and sleep late to “make up” the lost time. Going to night-time parties can make drug use less likely to be detected. This is a more likely explanation if accompanied by other signs: Reduced grades, isolation from family and loved ones, and lack of interest in former hobbies.

Day-Sleeping Can Be Part of Depression

Teens battling depression often lose interest in activities they once enjoyed. They simply do not get the same emotional “kick” from things they care about. This is often visible with longer periods of morning and afternoon sleep on weekends and earlier bedtimes during the week.

If you worry that laziness might be something more, WinGate Wilderness Therapy can help. To find out more, contact us today.