Shayne Gallagher, the Founder of Wingate Wilderness Therapy will be on the Dr. Phil Show on March 19th, 2018 at 4 PM. Click here to find local listings...

Shayne Gallagher, the Founder of Wingate Wilderness Therapy will be on the Dr. Phil Show on March 19th, 2018 at 4 PM. Click here to find local listings (find out what time and channel Dr. Phil is airing in your area).

"My 16-Year-Old Daughter is Throwing House Parties and Posted a Racist Viral Video. She Got Kicked Out of School and I Kicked Her Out Too!"

Alma wrote to the show begging for help because she says her 16-year-old daughter, Emmy, is acting like a wild child: throwing house parties, stealing, drinking, smoking marijuana, and getting kicked out of two schools in two years.

But Alma says the worst offense was when Emmy posted a video online wearing blackface that went viral. According to Alma, the post resulted in Emmy receiving death threats, being asked to leave school early, and Emmy leaving the country until things calmed down.

Alma says her daughter has been on a downward spiral since puberty and has ruined Alma’s life and relationships. However, there’s more to this family discord than Emmy’s fight for her right to party. Dr. Phil also hears from Alma’s sister, Anna. She says the real problem with this family has more to do with Alma’s drinking than Emmy’s teenage rebellion.

Alma claims Emmy smokes marijuana, drinks alcohol, and has stolen money. She also says the teen posts inappropriate pictures and video online and received death threats after one of the videos went viral.

“She was wearing blackface and singing a rap song. Her friend was taking a video of her singing and dancing to it,” Alma says of the video. “She was using a negative word for black people.”

Alma claims that Emmy has hit, punched and bullied her. “I don’t know what to do with my daughter. I press charges, I called the police, I’ve seen therapists, and nothing is working,” she says. “I am at my wits' end.”

On Monday’s episode of Dr. Phil, hear from Emmy. What does she say about her behavior? And, hear why Alma’s sister says the real problem in the family may have to do with Alma more than Emmy. Check here to see where you can watch.

Alma says her daughter Emmy has been terrorizing their family for the last two-and-a-half years. She claims the 16-year-old has hit her, bullies her and screams at her. She also says Emmy smokes marijuana and drinks alcohol and has been kicked out of two schools in the last two years.

In the video above, Dr. Phil reviews some of Alma’s parenting strategies, including avoiding Emmy, not punishing her because she feels guilty, and spoiling her.

“You stick with nothing. You follow through with zero,” Dr. Phil says. “So, basically, you’ve checked out. I mean, there’s not any parenting going on.”

Why does Alma say she’s afraid to follow through on disciplining her daughter? And on Monday’s episode, hear what Emmy says about her behavior and her relationship with her mom. Check here to see where you can watch. 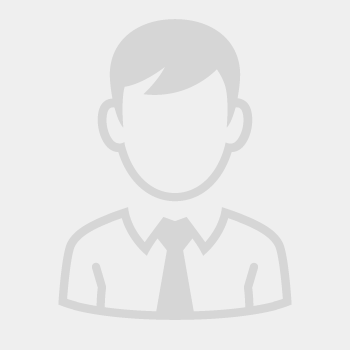