Why are depression and addiction so frequently encountered together?

Life inevitably comes with both good and bad days, which often generate positive and negative feelings and emotions, respectively. However, while one individual may be able to get through a difficult time by participating in activities they enjoy (e.g., listening to their favorite music, spending time with loved ones, etc.), others feel there is no remedy. Such feelings of hopelessness and extreme sadness are indicators of depression, a major depressive disorder. According to the National Institute of Mental Health, in 2015, nearly 3 million adolescents between the ages of 12 and 17 (12.5% of that U.S. population) reported having at least one experience of severe depression. Listed below are some key symptoms of clinical depression, as offered by the American Psychiatric Association.

It is not uncommon for those who suffer from depression to become involved in different types of substance abuse and addiction. Studies conducted by the National Survey on Drug Use and Health (NSDUH) have noted correlations between depression and addiction both ways. Of individuals struggling with clinical depression, 30% will fall victim to substance abuse. Moreover, 45% of people suffering from substance abuse are thereafter diagnosed with serious depression. In fact, the relationship between addiction and depression is so strong, that the two experienced together are classified as a medical condition – dual diagnosis. 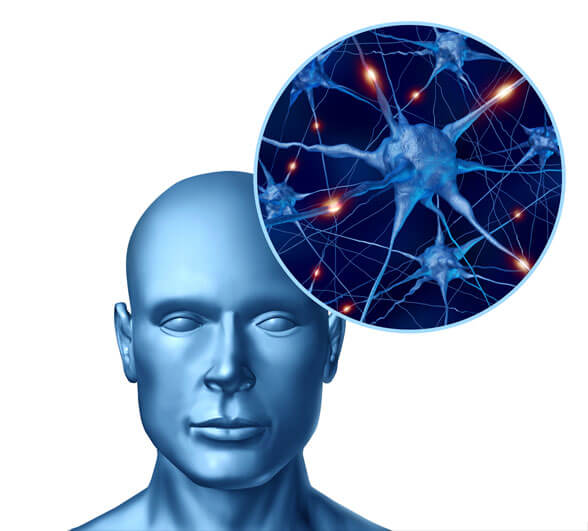 Why are depression and addiction so frequently encountered together? The answer to this question may lie in the biology of the human brain. Scientists have identified specific regions of the brain that are affected by depression, as well as which neurotransmitters play a role in depression. For example, lower levels of serotonin, problems in dopamine transmission, and higher levels of norepinephrine are linked to higher risks of suicide, substance abuse, and forms of anxiety and depression. Other “happy” hormones that act as neurotransmitters, such as oxytocin and endorphins, have lower production during periods of depression.

Individuals suffering from depression often resort to drug use, and become addicted, because many forms of drugs temporarily activate specific neurons, as their chemical makeup impersonates natural neurotransmitters. Furthermore, other types of drugs can cause neurons to temporarily release an irregularly high amount of neurotransmitters, which in the long run, negatively impacts the body’s normal production of such chemicals. Most drugs target the dopamine transmitter, which regulates movement, emotion, motivation, and most importantly, feelings of pleasure, thereby bypassing the feelings of depression for a short time. The use of some drugs can potentially release 2-10 times the amount of natural dopamine, which in turn minimizes the brain’s perceived pleasure during naturally rewarding behaviors. With such biological connections, it is unsurprising that depression and addiction are correlated.

If you are concerned that your child has depression, or suspect that they may be engaging in substance abuse, there is help available. Individuals struggling with depression and/or addiction can benefit greatly from receiving professional treatment. WinGate Wilderness Therapy is a program designed to aid struggling adolescents and young adults through motivation and positive reinforcement. WinGate believes in cooperation rather than confrontation, and seeks to help every student build the necessary skills to overcome their challenges and move on to a more hopeful and rewarding lifestyle. Take that first step in recovery today by learning more about how to get your child help at WinGate call 1-800-560-1599.