The Secret to Successful Transformation: A Wingate Success Story

Mary Ford is not your typical college student. But for a while, she was your typical troubled teen and Wingate student. Growing up in Stockton, CA...

The Secret to Successful Transformation: A Wingate Success Story

Mary Ford is not your typical college student.

But for a while, she was your typical troubled teen and Wingate student.

Growing up in Stockton, CA turned out to be not as much of a positive experience as Mary’s parents had hoped. The young girl found herself increasingly worried about what others were thinking of her and was willing to do almost anything in an attempt to fit in—drinking, drugs, stealing, even promiscuity. Life, Mary felt, didn’t have much meaning without her "friends."

"I was a pretty unhappy kid," Mary said, reflecting on those turbulent years. "It really affected my self-esteem. I wanted to fit in with everybody, every group, every person. I would do anything to fit in."

These behaviors became apparent to Mary’s parents, especially when she was arrested regarding drugs and alcohol. Mary admits to having a horrible relationship with her parents and caring only about herself. At sixteen, after Mary was expelled from high school, her parents talked to and pleaded with her, grounded her and argued. In the end, it seemed the only thing that could be done was a "wilderness therapy" program a friend of the family’s had told them about. 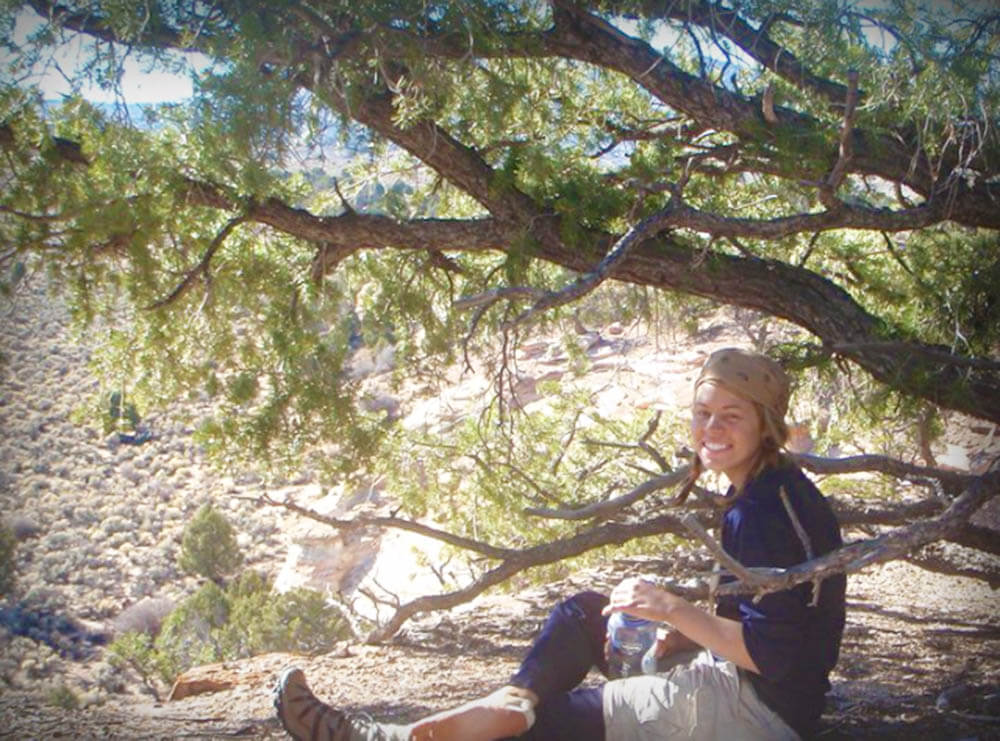 At that point, Mary was done. She was done with fighting and struggling against her parents and her own feelings of inadequacy. She briefly considered running away once she found out exactly what program she was going to—Wingate Wilderness Therapy, a place where she would spend significant time away from all things modern, away from her family and the people she called friends. But then, she says, she figured she would, "try camping for a couple of months. Whatever."

Then that "whatever" camping turned into the most amazing experience of the young girl’s life.

Mary found herself surrounded by other teens who strugled, and recognized the uniqueness of each individual. This was made easier by being thrust into the middle of nowhere—setting up tents, hiking, cooking, lighting fires, all while battling the winter elements. In the midst of the treacherous outdoors, Mary says, "I found gratitude. I found so much gratitude. Doing all the hard work, the backpacking, setting up camp, in the wintertime, dealing with snowstorms, working with people. The main thing was finding myself again . . . I found myself and my love again for my parents and family, rather than for the friends who were not a support to me."

“Finding my family again was so amazing.”

Now, Mary is a confident young woman, assured of her own self-worth and intelligence. She attends the University of Utah and is working towards a degree in therapeutic recreations—much like the work done at Wingate. Mary was even employed by Wingate for one summer, and loved the additional experience that made her realize once again what a beautiful individual she was.

So many of us struggle with our own identity, and what we must mean to the world. 22-year-old Mary has a wisdom beyond her years in recognizing the invaluable potential she has as a human being, and the worth she already owns. She recognized that being herself, rather than what everyone else wanted her to be, gave her a freedom and happiness that no one else could give her. That, in and of itself, is more than most American adults can claim.

And it all came about through the unique and amazing experience at Wingate Wilderness Therapy. Call today at (800) 685-3059.