Wilderness Therapy: An Alternative to Boot Camp for Troubled Teens

While it may be tempting to look into boot camps for your troubled teens , the truth is that they can be dangerous and ineffective. Not only do...

Wilderness Therapy: An Alternative to Boot Camp for Troubled Teens

While it may be tempting to look into boot camps for your troubled teens, the truth is that they can be dangerous and ineffective. Not only do they fail to address the emotional issues behind your child’s behavior or to provide them with the therapy they need, but they frequently resort to excessively harsh mental and physical punishments. While you may see positive changes in your troubled teen during their stay at boot camp, this behavior rarely—if ever—l continues when they return home. Fortunately, there is an alternative. Over the years, wilderness therapy has made a life-changing difference for thousands of families.

It’s important to remember that boot camps were created to help turn young men and women into capable soldiers. Boot camps are simply not designed to provide therapy and identify why your troubled teen is exhibiting negative behaviors. Instead of confronting and working through any underlying emotional issues, the boot camps focus on discipline and conformity. In addition, once your child is released, they rarely receive any type of follow-up support. 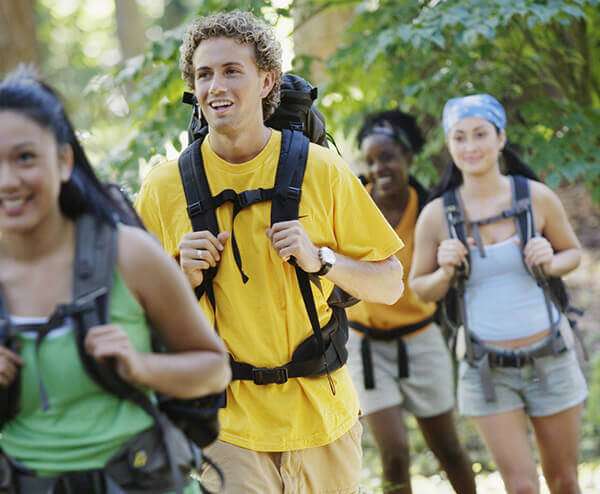 While not all boot camps are created equally, there have been documented instances of cruel and unusual punishment at a number of facilities all over the United States. From berating children and calling them names until they are in tears, to yelling in their face and putting them in humiliating situations, this can be especially difficult for emotionally fragile children.

In addition, children are often forced to adhere to a physically taxing regimen that includes intense training for hours at a time. There have been cases reported of children being kicked and held down on the ground by the “sergeants,” as well as being denied water or the opportunity to rest when overheated, being placed on diets that are akin to starvation, and much more. It’s not unusual for staff members to not have the training necessary to identify a potential medical crisis, and this leaves your child in a dangerous situation.

There is no doubt about it, troubled teens are smart. They are well aware that the best thing they can do in order to be allowed to return home is to change their behavior and appear remorseful for their past actions. When they return home, they may return right back to their old behaviors—or, even worse, exhibit more anger towards their parents for sending them to such a harsh environment. In the event that they continue to demonstrate good behavior, it is usually to keep from getting sent back. It’s unlikely they have made the real changes necessary to lead a productive and responsible adult life.

Wilderness therapy was designed to help troubled teens permanently change their behaviors by providing guidance without resorting to violence. Your child is given the chance to reconnect with themselves in an environment that is challenging, yet caring and therapeutic.

Your troubled teen can get the help they need to change their life for the better. Contact Wingate Wilderness Therapy today at (800) 560-1599.